Consider a study of the relationship between sample size, alternative hypotheses, Type I error rates, and Type II error rates (or equivalently power). These relationships often appear as non-linear, and you have to work a lot harder to fully characterize a non-linear function. In particular, you will often encounter floor effects and ceiling effects that make it harder to distinguish among different statistical estimates.

Perhaps ultra-conservative intervals are less troublesome than ultra-liberal intervals. Perhaps not. The point is that you shouldn’t let a ceiling effect mask the effect on the conservative side only.

Now suppose you want to examine, as you should, the coverage probabilities, not just for an interval that claims to be 95% confident, but one that claims to be 99% or 90% confident or 80% confident. The ceiling effect is much more severe at numbers that hover around 99% than for numbers that hover around 80%. So your graphs will be distorted and you are likely to introduce some interactive effects that are difficult to interpret.

Monte Carlo simulation of power is another area where the logit transformation can help a lot. Logits tend to linearize relationships. Consider the relationship between magnitude of the deviation under the alternative hypothesis and power. Larger alternatives lead to greater power of course. Here’s an example, using the pwr library in R. I’m inlcuding the R code, for those who are curious, but you don’t need to follow the R code to follow the argument. 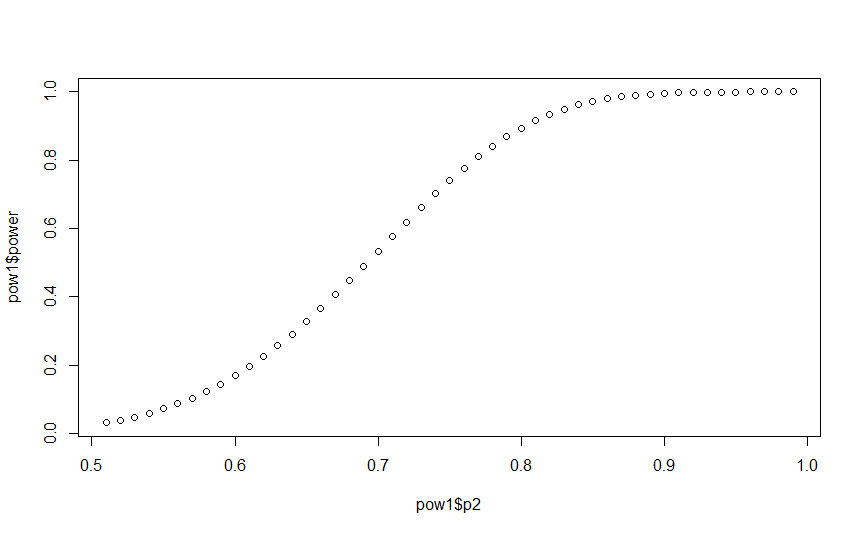 This plot shows the power for testing a test of two proportions. The alpha level is set by default at 0.05, and the sample size is set to 50 per group. The true population proportions are set at 0.5 for the first group and 0.51 through 0.99 for the second group. The plot shows a distinctly non-linear pattern. Now, look at the plot where both axes are transformed by the logit function. 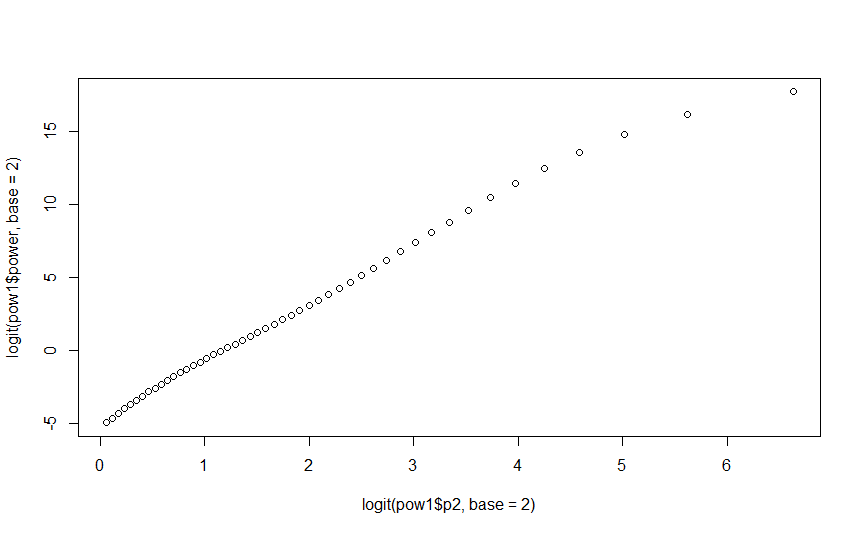 The plot is not perfectly linear, but it is close. You should transform the axes back to the original scale for interpretability. 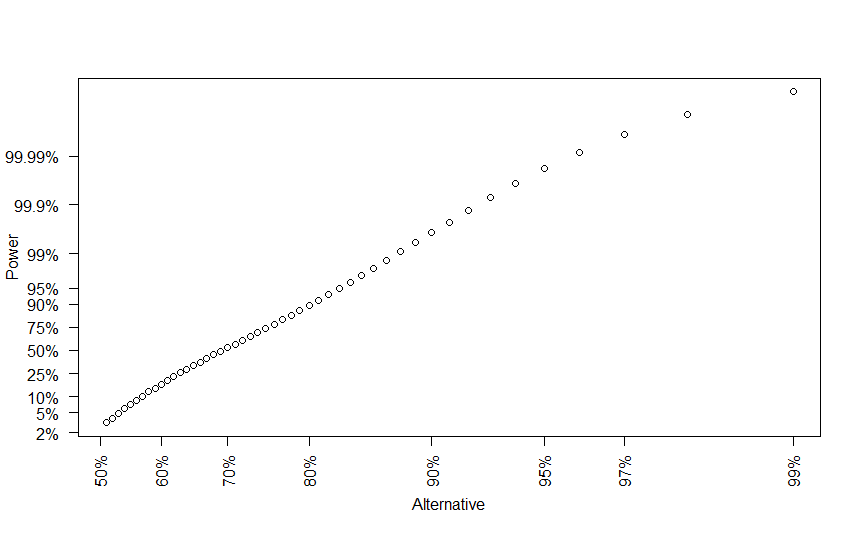 There is no real reason to run a Monte Carlo study, of course, for simple power calculations like this. The reason to show this example is to demonstrate how the logit transformation simplifies the graphical presentation of Monte Carlo results.