Will 2015 be the Beginning of the End for SAS and SPSS?

This is a provocative title but the actual blog post itself is far more nuanced. By several measures, R is becoming more and more popular, but that hardly means that SAS or SPSS will disappear anytime soon. And even though I disagree with some of the methodology, the author, Bob Muenchen, deserves lots of credit for backing up his comments with empirical data. The thing about most statisticians, is that when they aren’t doing stuff for other people, they are just as prone to relying on anecdotal data. 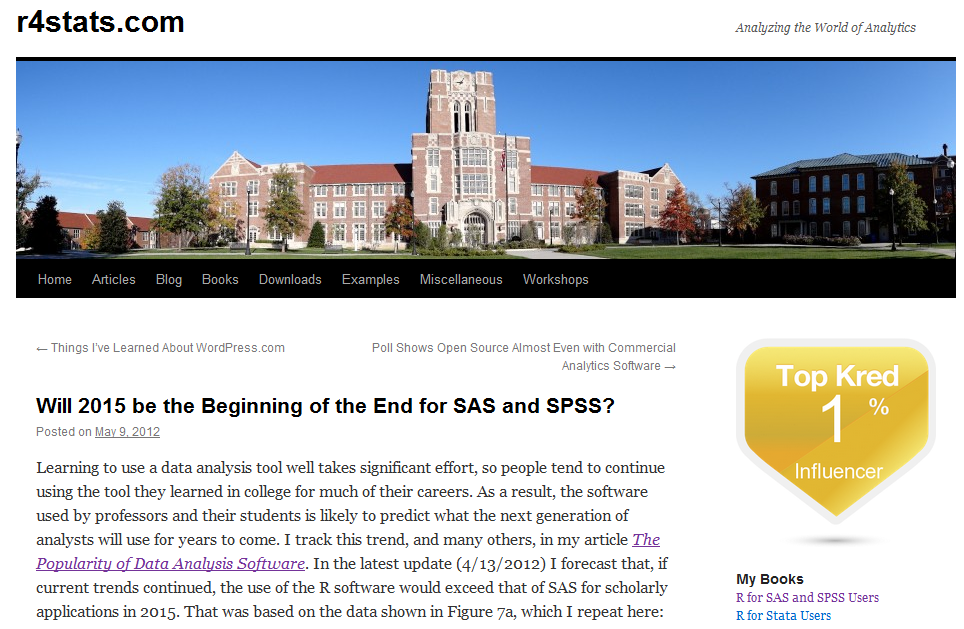