Dean Ornish contirbutes his response to a series of invited essays on the topic “What Scientific Idea is Ready for Retirement?” His choice is the large randomized controlled trial. While I believe his criticism is too one-sided, he does raise some interesting points about the difficulty in using large trials to assess behavioral interventions.

Ornish D. Edge: What Scientific Idea Is Ready for Retirement–Large Randomized Controlled Trials. Excerpt: “It is a commonly held but erroneous belief that a larger study is always more rigorous or definitive than a smaller one, and a randomized controlled trial is always the gold standard . However, there is a growing awareness that size does not always matter and a randomized controlled trial may introduce its own biases. We need more creative experimental designs.” Available at: http://www.edge.org/response-detail/25497. 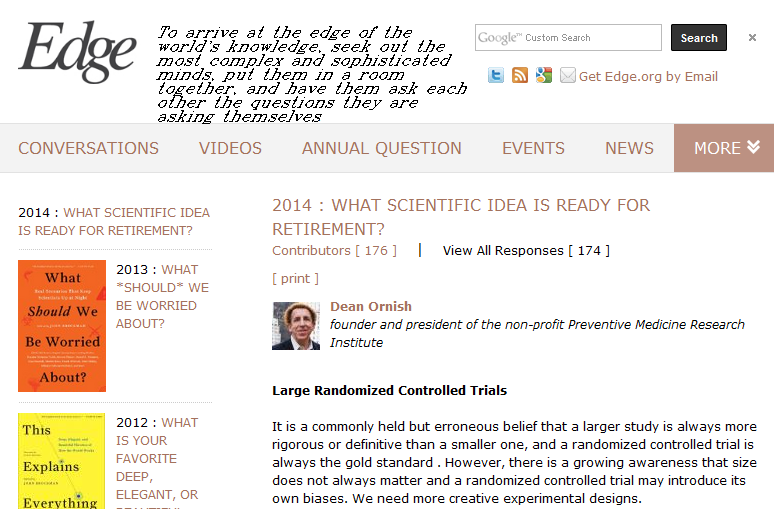