These are the slides for a very nice webinar presented by Eiko Fried. Dr. Fried provided a wealth of resources during his webinar (some of these are behind pay walls).

He offered examples of network analysis in the study of bereavement and depression and of post-traumatic stress disorder. He also provided tutorial papers on network models with binary data and regularized partial correlation networks., as well as a nice general overview of network models in mental health. He shared a blog posting on the relationship between a latent variable model and a network model and a facebook page on psychological dynamics. He also showed analyses from several R packages, qgraph, IsingFit, and bootnet. I’m putting those links here so I don’t lose track of them when I revisit this stuff six months from now. 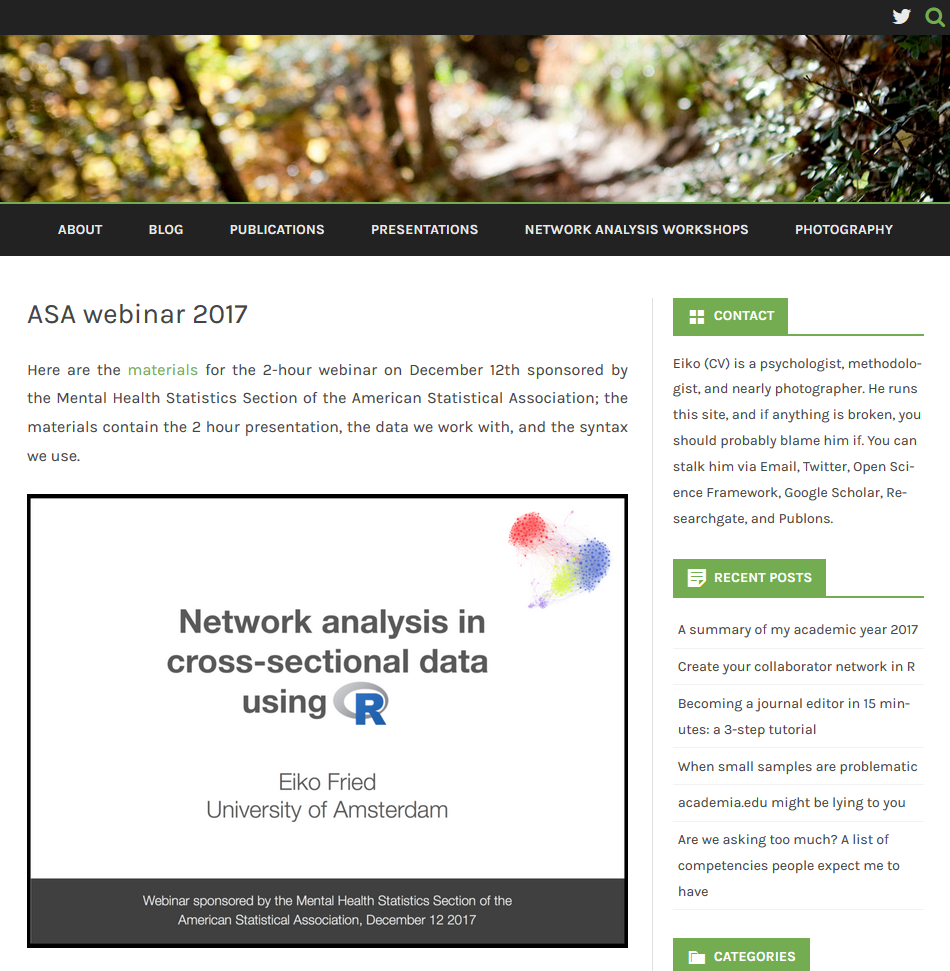