The Origins of ‘Big Data’

I’m not a big fan of the term “big data” but I’ve been applying for a couple of jobs that ask for expertise in big data instead of expertise in Statistics. So in one of the cover letters, I wrote that I was doing big data analysis before the term was even coined. That forced me to do a quick fact check, and it looks like the term first came into wide use in the late 1990s. Here’s an article on the person who first coined the term “big data.” 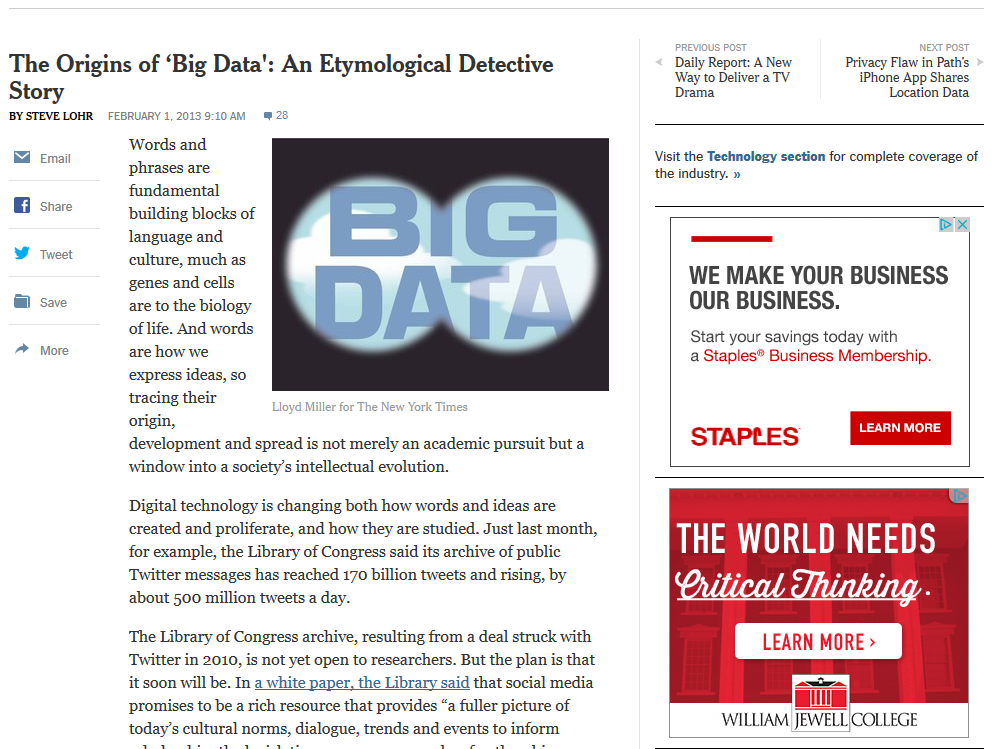