I’ve taught several courses on Quality Control, and the best part is the practice exercises.

At the American Society of Andrology’s lab workshop in 2005, I used a blind paper cutting exercise described in

It worked very well, and I wanted to use it again for the 2006 workshop. But unfortunately, many of the people attending the new workshop will have attended the previous workshop. So I have to find a new practice exercise.

One possible exercise involves the production of paper helicopters. You cut and fold a sheet of paper so that it has “helicopter blades” and drop it from a fixed height. Measure how long it takes to reach the ground. Now, the question becomes “How long and how reliable are the flight times?” So you could drop the same helicopter 20 times and draw a control chart of the results. Alternately, you could try to redesign the helicopter (wider or thinner blades) to try to optimize the flight times.

This exercise is described in

Here is a picture showing how to prepare the helicopter from page 260 of their book. 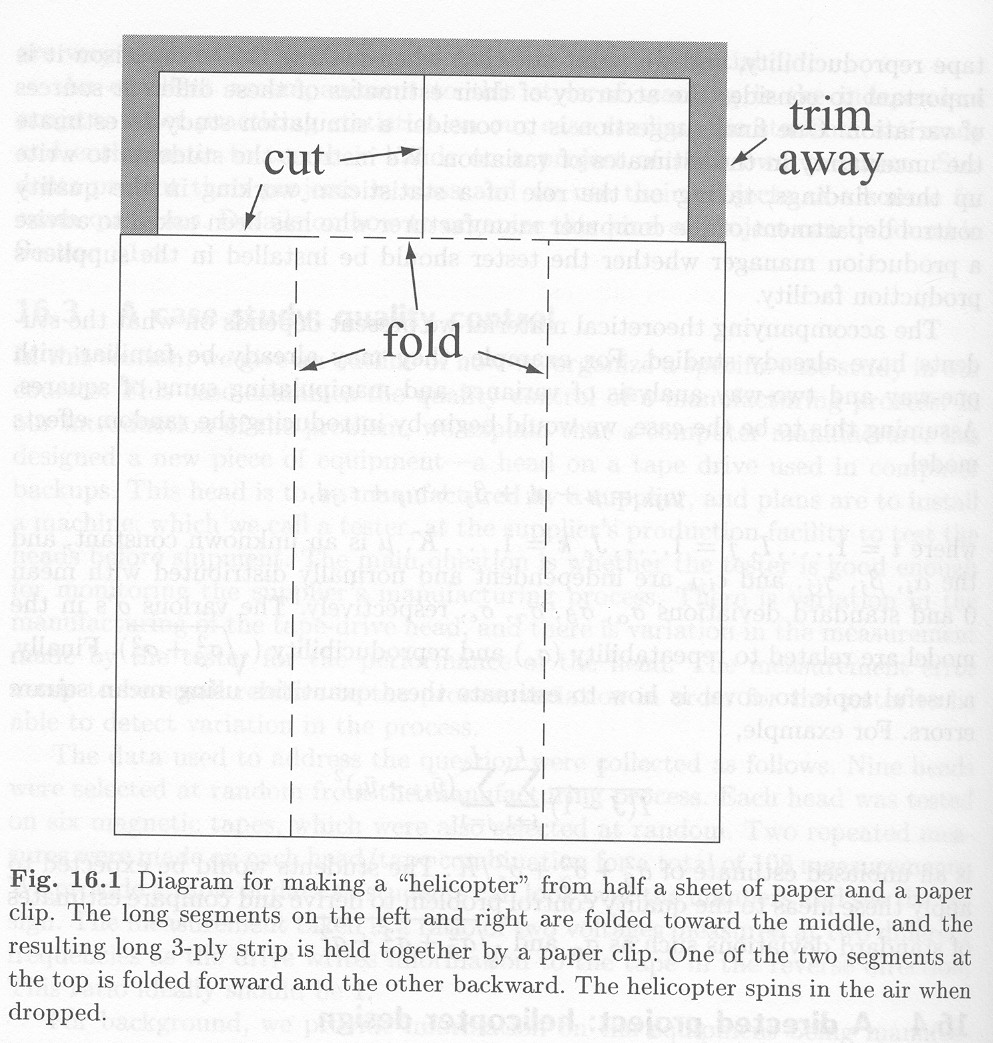 Another approach would use a catapult and try to optimize the distance that the object is thrown. You can buy a very nice catapult that was designed for this sort of experiment at

but something at a toy store might work reasonably well on a limited budget.

Some other possible ideas for quality control exercises might come from

I have not had a chance to look at these four papers in detail, yet.