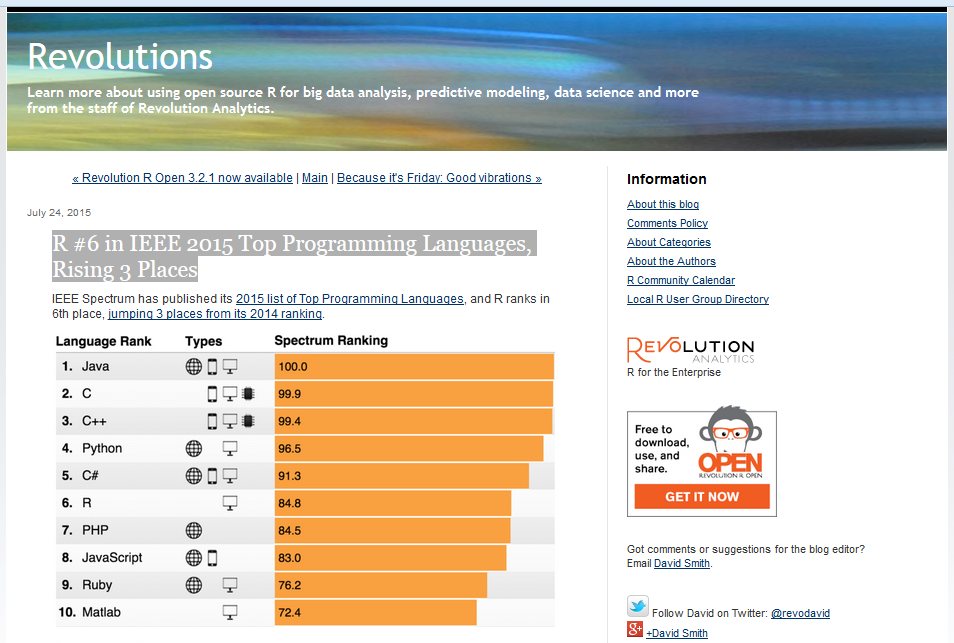 This Revolutions blog talks about a fairly rigorous evaluation of popular programming languages done by the Institute of Electrical and Electronics Engineers (known by most people by its acronym, IEEE). The list shows all programming languages, including general purpose programming languages. Java C, and C++ are at the top of the list, but R, a language pretty much dedicated to data analysis, is number 6 on the list (up three places from the previous year. Quite an impressive showing. I have mentioned another webpage that compares R and other statistical software packages, and that is worth reading as well.