What I need from statisticians 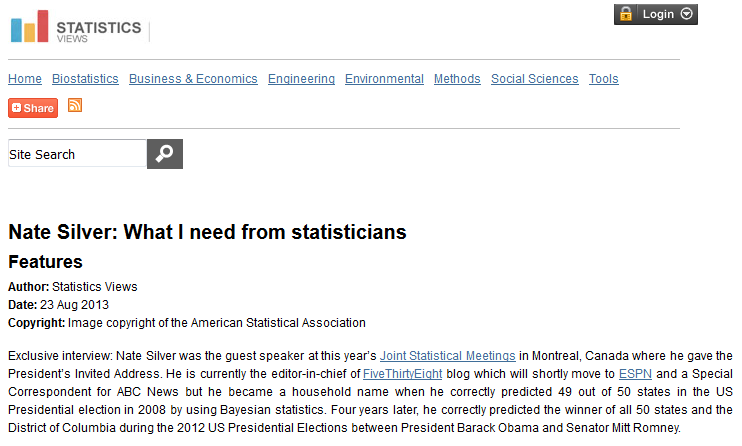 This interview with Nate Silver was conducted shortly after his keynote address at the 2013 Joint Statistical Meetings. I was at those meetings, but was stuck in a class (a very good class by the way, but I still felt stuck) on software engineering for statisticians. This article summarizes the main points of Mr. Silver’s keynote address and adds some extra insights through an interview after the speech. The best part was the quote at the end.

When asked that “Data science is the term of the day. Do you think there is a difference between data science and statistics? Silver replied, “I think data-scientist is a sexed up term for a statistician”, the reaction from the audience was for most, one of instantaneous laughter and applause. “Statistics is a branch of science. Data scientist is slightly redundant in some way and people shouldn’t berate the term statistician.”

If Nate Silver can say something this controversial, then maybe I shouldn’t be so bashful.