PMean: Simulating power for a test of association in a two by two table

In an earlier blog post, I slogged through the calculation of power for a test of association in a two by two table. You can also approximate power using a simulation. It is done quite easily in R, but I want to show it in SPSS. Why? Just because.

First set up a column in SPSS that represents a counter for each row. It should go from 1 to 10,000, but for the sake of simplicity, I am only showing the first ten rows. Now, you don’t have to type the numbers 1 to 10,000. Open an Excel spreadsheet, put 1 in the top leftmost cell, 2 in the cell beneath it, highlight both cells, and then extend down to 10,000. Import this file into SPSS. 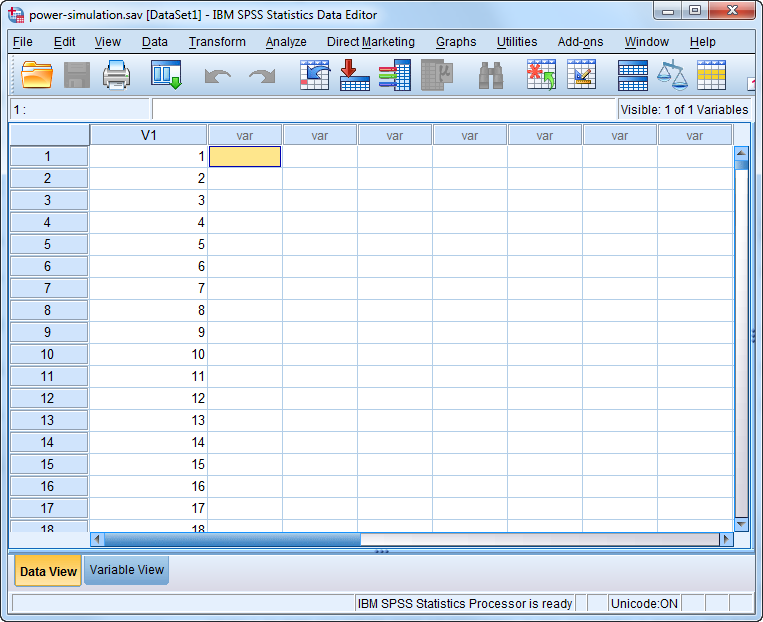 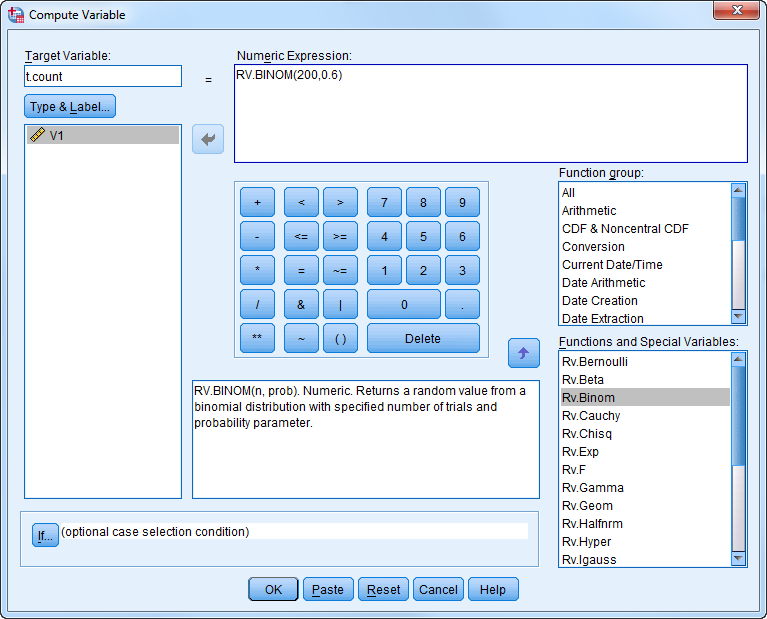 Next simulate the number of success in the control group as binomial with n=100 and p=0.5. 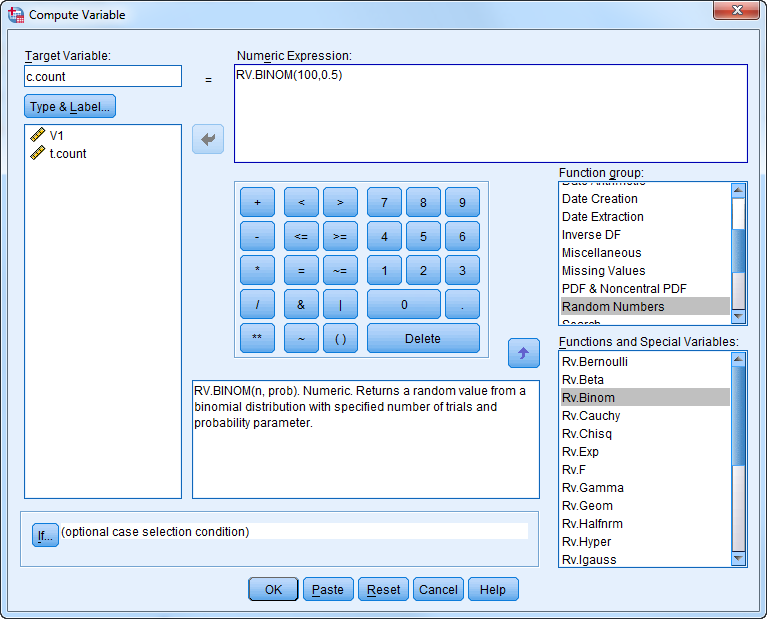 Calculate the difference in proportions 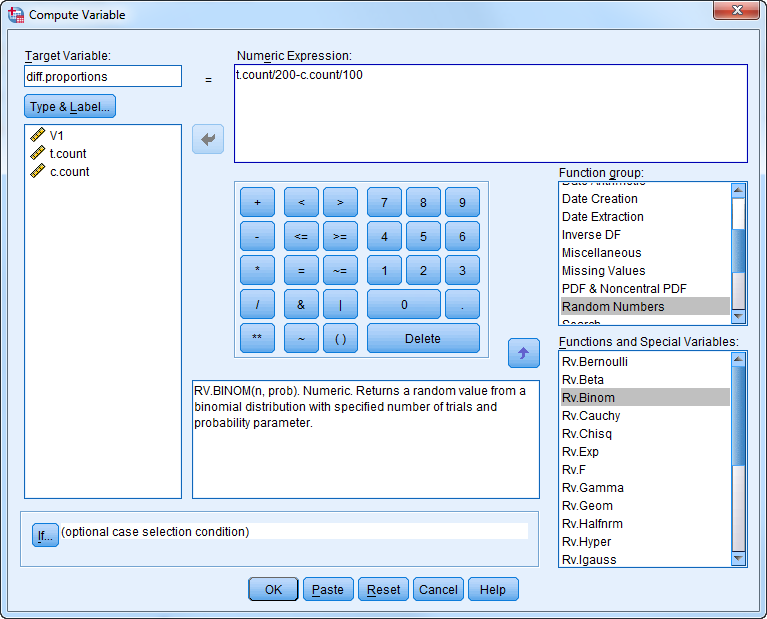 and the standard error. 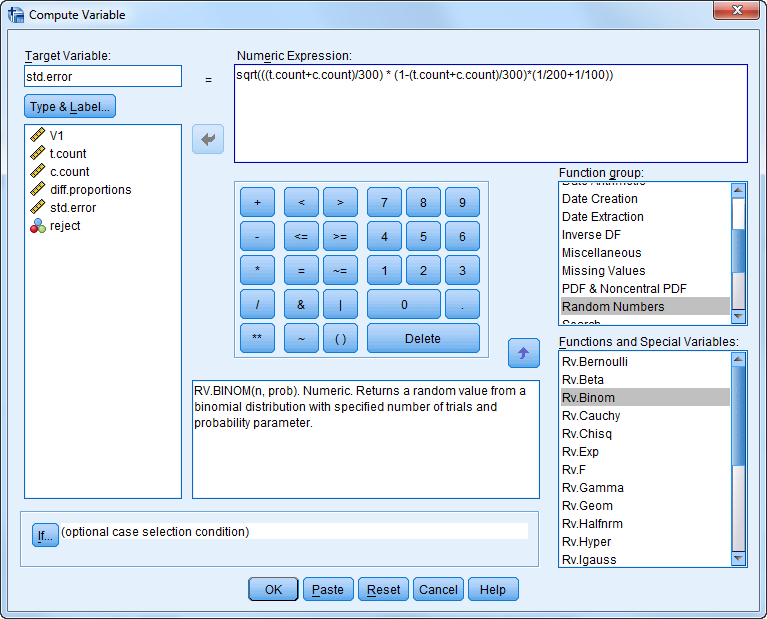 Then calculate for each row whether you exceeded the 0.95 percentile of a standard normal distribution. 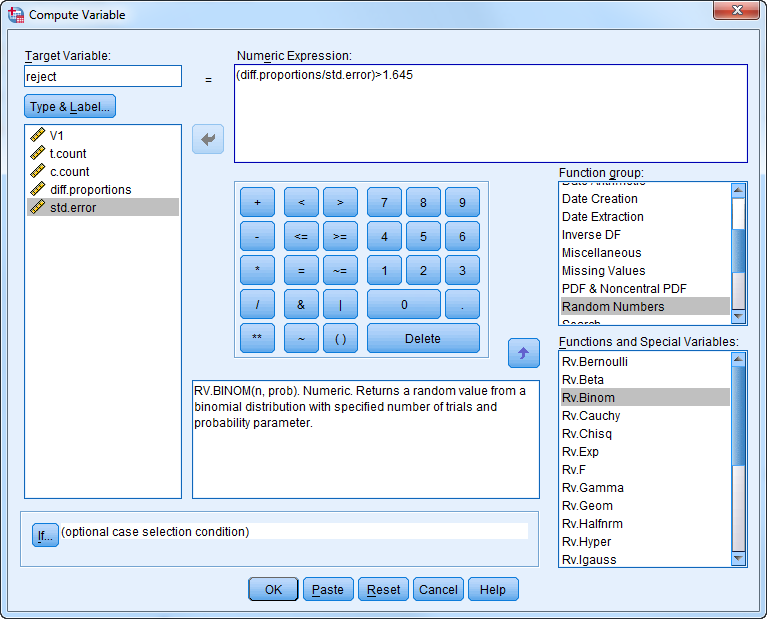 Here’s what the first few rows of your simulation look like.

Hey look at that. You rejected the null hypothesis exactly 50% of the time. That means that your power is 50%. Re run this simulation with twice as many subjects in each group. What do you get?