The American Association for Public Opinion Research (AAPOR) convened a task force to address the increasing tendency of people to refuse to respond (as is their right) to a survey. This group prepared a report, published in September 2014, documentation what is a refusal and characterizes who refuses to participate in surveys. The report also discusses efforts to persuade initially reluctant individuals to participate (refusal conversion) and how that effort might infringe on someone’s privacy. If you are conducting almost any type of survey, you will have to confront participation refusals, and this document can serve as a starting point for handling the conflicting demands of scientific integrity and an individual’s right to be left alone.

AAPOR (2014). Report on Survey Participation Refusals. What constitutes a refusal, who refuses, refusal aversion and conversion. Discussion of rights of respondents. Available at http://www.aapor.org/AAPORKentico/Communications/Press-Releases/Report-on-Survey-Participation-Refusals.aspx. 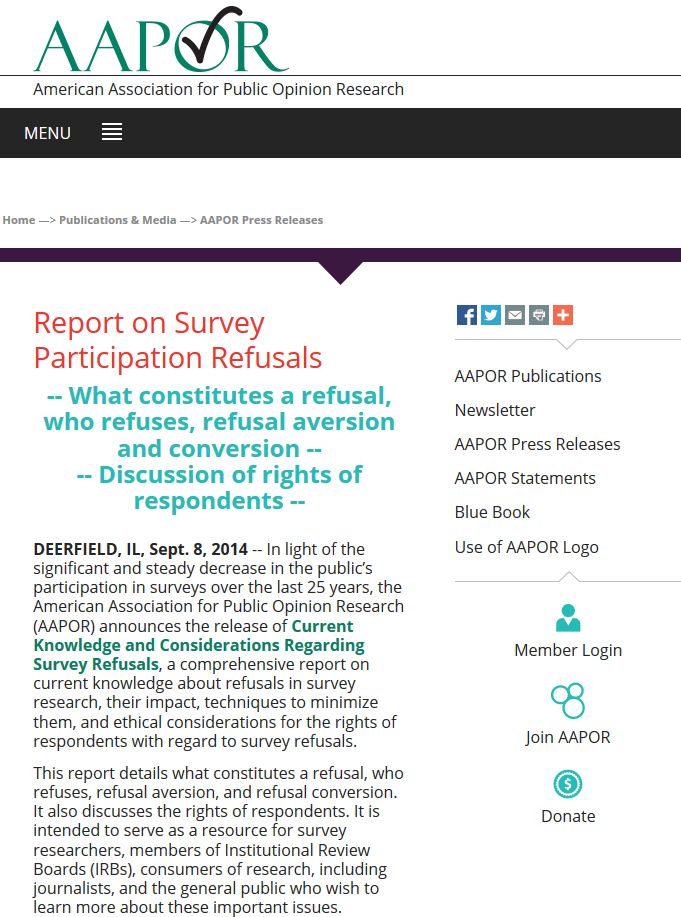