Points to consider on switching between superiority and non-inferiority 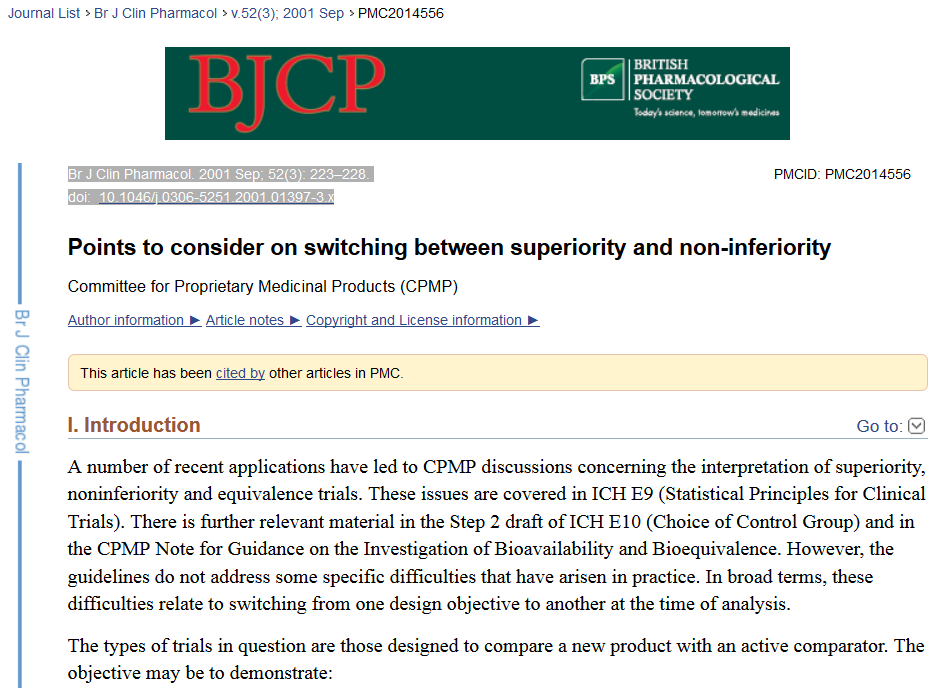